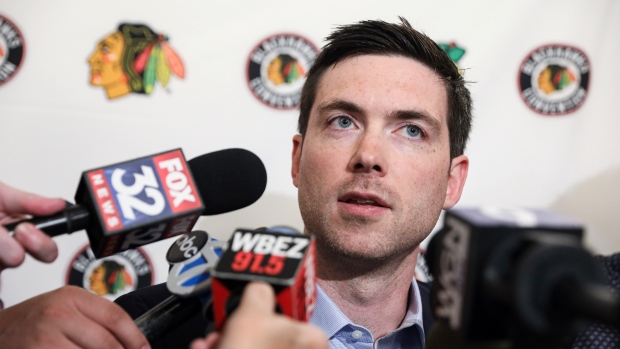 Hockey Canada says Claude Julien slipped on ice during team building activities in Switzerland, fractured ribs, and will be unable to fly to Beijing on advice of doctors.

“We are fortunate to have an experienced coaching staff, and Jeremy is a talented, young coach with a long career ahead of him." said general manager Shane Doan.  "We know he will do an exceptional job leading our team behind the bench in Beijing. While we are excited for Jeremy to take on this challenge, we know Claude will be supporting us every step of the way and we wish him a speedy recovery.”

Colliton started the season as the head coach for the Chicago Blackhawks and was fired in November after a slow start to the season.

Colliton went 87-92-26 with Chicago. He was dismissed exactly three years after he got the job.