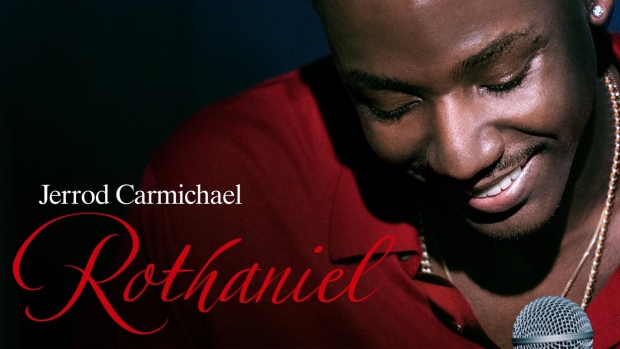 To most, Jerrod Carmichael is a stand-up comic with a sharp brand of witty, observational humour who’s starred in his own family sitcom, The Carmichael Show. Now, in his recent HBO special, Rothaniel, Carmichael has made headlines as he comes out publicly as gay for the first time, opening up about painful secrets that have haunted his family throughout many generations.

The special was filmed in February 2022 at the Blue Note Jazz Club in Manhattan, New York City. It's a profoundly intimate experience in that it follows Carmichael walking through the streets on a snowy evening before ending in the club, taking a seat comfortably in front of the audience as the light comes up and he prompts the question to initiate the event.“

You’re comfortable?” he asks. “This only works if we feel like family.”

Directed by Bo Burnham, Rothaniel is not your conventional stand-up comedy routine. It’s a juxtaposition in which Carmichael presents it as a typical stand-up set while also portraying a deeply personal therapeutic event between himself and the audience in which he details the family story he has long been struggling to tell.

Carmichael previously made his feature directorial debut with the 2021 film On the Count of Three, which he starred in. He also made his Saturday Night Live hosting debut earlier this month.

Rothaniel premiered on April 1 and is available to stream on HBO and Crave.