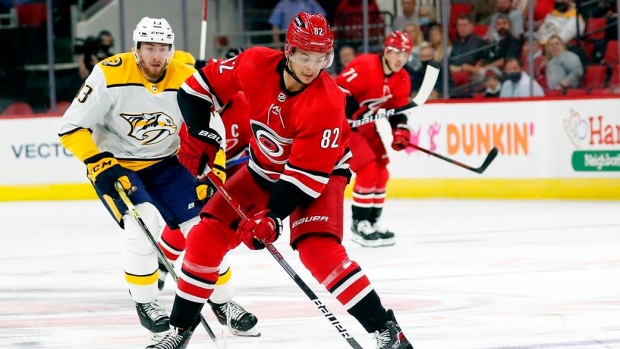 The Carolina Hurricanes and forward Jesperi Kotkaniemi are close on a contract extension, according to TSN Hockey Insider Chris Johnston.

Of note as Jesperi Kotkaniemi and the #hurricanes close in on an extension: Hearing it will be an eight-year deal, which means it can't be completed until the March 21 trade deadline.

Johnston notes that since it is expected to be an eight-year deal, it cannot be completed until after the March 21 trade deadline.

The Athletic's Andy Strickland reported Friday that the deal could carry an average annual value of between $4.25 million and $4.5 million.

Kotkaniemi, 21, joined the Hurricanes in September after the Montreal Canadiens declined to match a one-year, $6.1 million US offer sheet.

Kotkaniemi, who spent his first three seasons with the Canadiens, has amassed 33 goals and 52 helpers in 225 career NHL games. He was drafted third overall by the Canadiens in 2018.

The Hurricanes currently lead the Metropolitan Division with a record of 40-12-5.