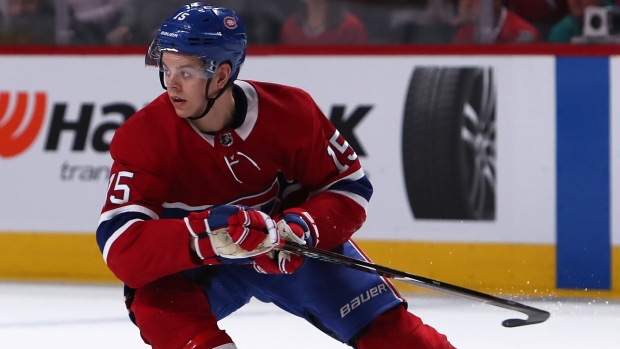 People close to Montreal Canadiens restricted free agent Jesperi Kotkaniemi predicted that the forward had played his last game for the club following a healthy scratch in the Stanley Cup Final, according to TSN Hockey Insider Darren Dreger.

The @Canes have certainly spiced things up. In early July, some close to Kotkaniemi predicted he had played his last game with the Canadiens following a healthy scratch in the Stanley Cup final. Trade seemed more likely, but Carolina has taken a far more entertaining approach.

After sitting out the first game of the Habs' 2021 playoff run, Kotkaniemi had played 19 consecutive contests before being scratched for the final two games of the Stanley Cup Final against the Tampa Bay Lightning.

The 21-year-old signed a one-year, $6.1 million offer sheet with the Carolina Hurricanes on Saturday, giving the Canadiens seven days to match the offer.

TSN Hockey Insider Pierre LeBrun reports that the Canes attempted to trade for Kotkaniemi over the past few days, but a deal did not transpire.

Hurricanes did try to trade for Kotkaniemi instead over the past several days but nothing that came close to making the Habs interested. So Dundon gets his offer sheet revenge.
Anyway, enjoy the fun everyone. https://t.co/kZRTedDaSx