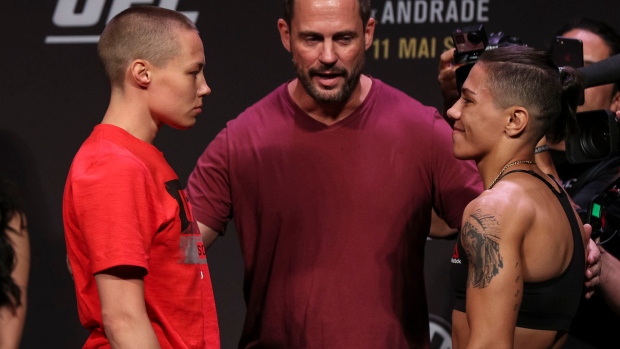 A pair of former strawweight champions will meet at UFC 249 in Brooklyn as Rose Namajunas will meet Jessica Andrade at the April 18 event, the promotion confirmed on Friday.

The rematch is on!

Thug🌹 looks to avenge her loss vs Andrade in Brooklyn! #UFC249 pic.twitter.com/AGlufztIPX

The bout will be a rematch of their title fight from UFC 237 when Andrade defeated Namajunas via KO in the second round to capture the 115 lbs title last May.

Namajunas has not fought since dropping the title in a fight that ended her three-fight winning streak that including a pair of victories over Joanna Jedrzejczyk that saw her win and defend the belt.

Andrade dropped the title in her first defence, a 42 second loss at the hands of current champion Weili Zhang at Fight Night Shenzhen last August.

Prior to her title loss, the 28-year-old had won four fights in a row, adding victories over Claudia Gadelha, Tecia Torres and Karolina Kowalkiewicz to her title win over Namajunas.

A lightweight title fight between champion Khabib Nurmagomedov and Tony Ferguson is set to headline the Barclays Center event.