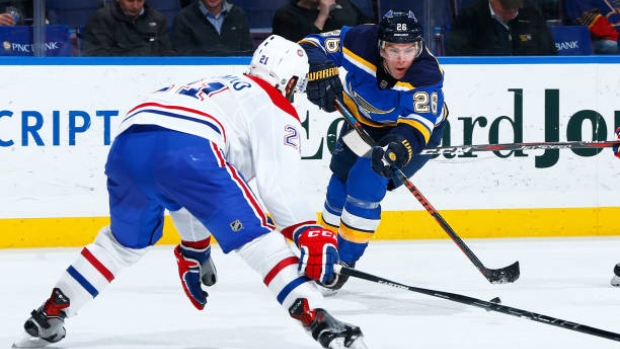 WINNIPEG — The Winnipeg Jets made two moves Monday prior to the NHL trade deadline.

Winnipeg sent a 2018 first-round pick and conditional fourth-round 2020 selection to the Blues.

Stastny, 32, had 12 goals and 28 assists in 63 games this season with St. Louis. He's the son of Hockey Hall of Famer Peter Stastny.

Morrow, 25, had five goals and six assists in 38 games this season with Montreal. A 2011 first-round pick of the Pittsburgh Penguins, Morrow has appeared in 103 career NHL games with Boston and the Canadiens.