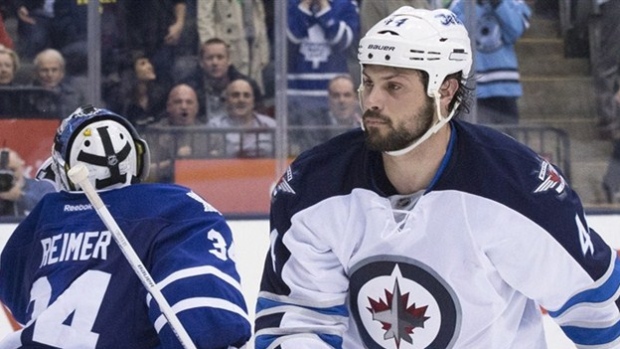 The Winnipeg Jets are hurting on defence.

Bogosian suffered the injury Wednesday night against the Edmonton Oilers while Enstrom has missed the last four with his injury.

With the downed players, Dustin Byfuglien will be moved from forward to defence for Friday night's game against the Colorado Avalanche.