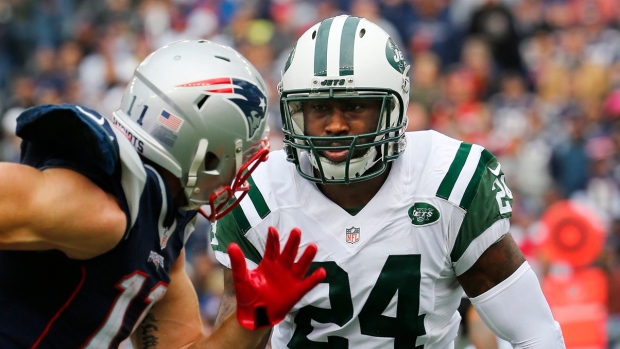 He's listed as probable for the Jets' game against the Tennessee Titans on Sunday.

"He still has to be cleared by one more doctor," coach Todd Bowles said. "Pending that clearance, he'll be good to go."

Revis has been in the NFL's concussion protocol since the injury on Nov. 22 at Houston. Players need to clear a series of neurological tests before they are fully cleared to participate in games.

"If he passes the test, I'll be encouraged," Bowles said.

Revis didn't wear a red no-contact jersey, as he did Thursday, when he said after practice that he expects to play. Last Friday, he attended meetings for the first time since the injury and gradually returned to the practice field this week. He attended on Wednesday, did light running and was limited Thursday.

Despite the Jets going 2-0 in his absence, Revis' return will be a boost to the secondary.

"You're still talking about one of the best corners in the game," defensive co-ordinator Kacy Rodgers said Thursday. "Any time you can have him with you, you feel a lot better. We like any matchup he's on."

Marcus Williams, Revis' backup, is questionable with a sprained knee that kept him out against the Giants last Sunday. Linebacker Calvin Pace (abdomen) was limited at practice, as was Williams, but is probable to play against Tennessee.