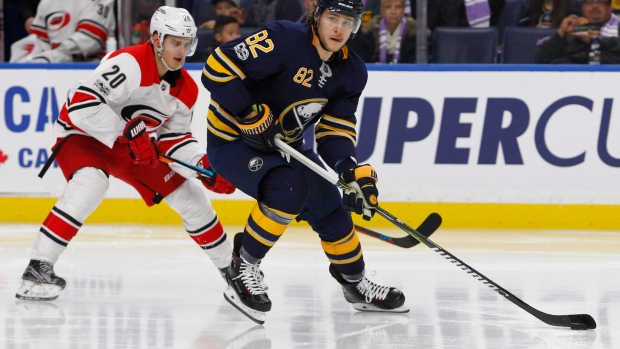 WINNIPEG — The Winnipeg Jets shored up their blue-line depth Monday, signing defenceman Nathan Beaulieu to a one-year contract worth US$1 million.

The 26-year-old was acquired in a trade with the Buffalo Sabres in February, recording five assists with Winnipeg.

The native of Strathroy, Ont., also played 30 games for Buffalo in 2018-19, putting up three goals and four assists.

The Jets had to wave goodbye to defenceman Tyler Myers and winger Brandon Tanev in free agency on Monday. Myers signed a five-year, $30-million contract with the Vancouver Canucks, while Tanev inked a six-year, $21-million deal with the Pittsburgh Penguins.