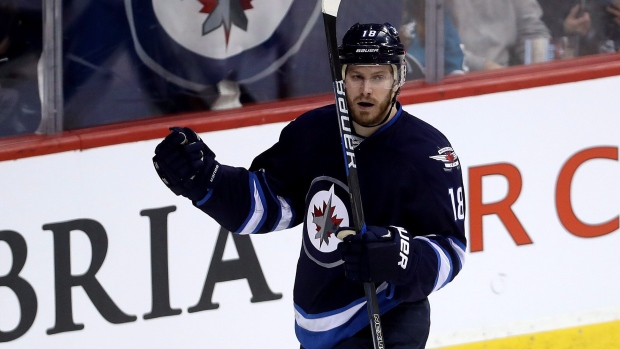 The Winnipeg Jets have signed Bryan Little to a six-year, $31.75 million contract extension.

The deal carries an average annual value of $5.291 million, up from $4.7 million on his current contract. According to TSN Hockey Insider Darren Dreger, the deal carries a no-move clause through the 2019-20 season, which then becomes a modified no-trade clause.

The forward was entering the final season of his five-year, $23.5 million contract signed with the Jets in 2013.

Little scored 21 goals and posted 47 points in 59 games last season. He has missed at least 20 games in each of the previous two seasons due to injury.

A veteran of 672 games, all with the Jets franchise, Little was selected in the first round of the 2006 NHL entry draft by the Atlanta Thrashers. The 29-year-old scored a career-high 31 goals in 79 games with the Thrashers during the 2008-09 season.

Along with Mark Scheifele, Little is now one of two Jets signed through the 2023-24 season. He will remain the fifth-highest-paid Jet, behind Dustin Byfuglien, Scheifele, Toby Enstrom and Blake Wheeler.