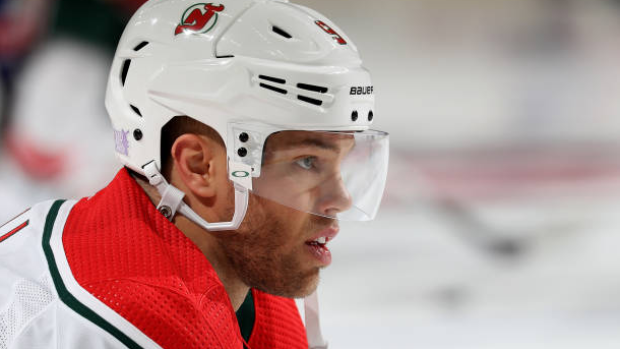 Chayka said that his pursuit of Hall may have differed from other general managers as it was not tied to a contract extension. Instead, he intends to keep Hall's focus on the ice for the remainder of the season.

"I felt like without him knowing us, our organization, myself, teammates, our staff here, what it's like to live in Arizona, it didn't really make a lot of sense to try to discuss what a contract extension would look like," Chayka said. "We want Taylor Hall to want to be in Arizona and the only way for him to be that way is to actually be in Arizona, in our opinion.

"We're not going to discuss anything contractually until the end of the season. I want him focused on playing. He wants to win, I know that. That's the main thing for him and that's the only thing we want to be about here, is winning. We're both going to be focused on winning and having the best possible season. Hopefully it's an opportunity for us to showcase what we're about and what we do. For us, we think it's a great opportunity and certainly a bit of a gamble, but we're betting on ourselves that he'll understand what we're about here and what we're trying to do.

"At the end of the season, we'll all sit down and hopefully it's an easy conversation, but at that point, then everyone will have the facts in front of them and we'll go from there. But for now, we plan on and intend to have no conversations about a contract."

Hall, acquired Monday with forward Blake Speers for a 2020 top-three protected first-round pick, a 2020 conditional third-round pick, as well as prospects Kevin Bahl, Nick Merkley and Nate Schnarr, is scheduled to become an unrestricted free agent in July as he plays out the final season of a seven-year deal signed with the Edmonton Oilers in 2012. He will carry a $3 million cap hit for the remainder of the season, with the Devils retaining half of his $6 million salary.

Hall has six goals and 25 points in 30 games this season. He sat out the Devil's past two games in anticipation of a trade.

The 28-year-old was limited to 33 games last season due to a knee injury, posting 11 goals and 37 points. He won the Hart Trophy in 2018 after scoring a career-high 39 goals and 93 points in 76 games and leading the Devils to a playoff berth. He posted 41 points more than the team’s next leading scorer that season.