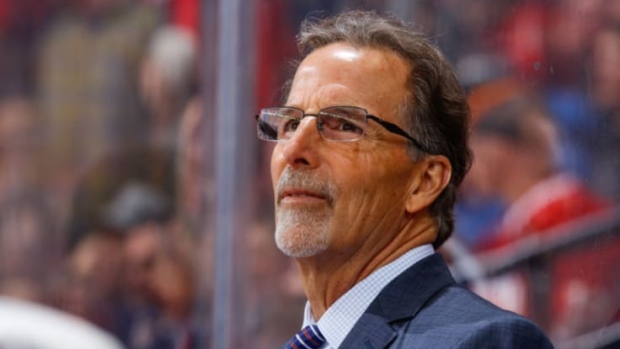 OLUMBUS, Ohio — John Tortorella is out as coach of the Columbus Blue Jackets after six seasons.

General manager Jarmo Kekalainen said in a statement Sunday that parting ways with the winningest coach in franchise history was a mutual decision.

The 62-year-old Tortorella was in the last year of his contract, and the separation wasn't a surprise after a tumultuous season that saw the Blue Jackets plunge to last place in their division amid the coach's admitted failure to influence the team culture.

“Torts and I have had numerous conversations throughout the season, and we have agreed that the time is right for both he and the club to go our separate ways,” Kekalainen said a day after the Blue Jackets concluded the season with a 5-4 overtime win against Detroit. “He is a great coach and his accomplishments with our club over the past six seasons speak for themselves.”

The late-starting 56-game season began with the refusal of Pierre-Luc Dubois, one of the team’s brightest stars who often clashed with Tortorella, to sign a long-term contract. He was promptly traded to Winnipeg for forward Patrik Laine, who didn’t perform to expectations.

The Blue Jackets were unable to win consistently but managed to stay within striking distance of a playoff spot in the Central Division until late March when the losses began piling up.

Stars Zach Werenski and Boone Jenner were lost to season-ending injuries. The trade deadline brought the sell-off of beloved captain Nick Foligno and defenceman David Savard, two of the foundations of the team during Tortorella’s tenure, as well as stalwart centre Riley Nash. There was a nine-game winless streak.

Tortorella, known for his fiery temper and demanding, no-nonsense coaching style, acknowledged at times that he didn't like the effort and culture of the team and was trying to reshape it during the season.

“We’ve gone through this a lot in the past few years and we were able to get the room straightened out,” Tortorella said after Saturday night's game. “I did not do a good enough job in getting that to happen with the new personnel coming in, some distractions early on. We just never felt comfortable with the room as far as being cohesive. That’s my responsibility. Great learning experience.”

Tortorella clashed with his share of players. He says he treated all of them the same and wasn't afraid to bench his stars if they deserved it. But players by and large respect him, especially the ones who gave the maximum effort and work ethic he demanded.

“He holds everybody accountable,” said forward Oliver Bjorkstrand, who developed into the team's top scorer during Tortorella's tenure. “It’s a process for a lot of guys, and it takes some time to learn. There’s times when he yells at you and puts pressure on you to play better and so on, but when you look back on it, it definitely helps you.”

“He’s definitely been one of the most — if not the most — important person in this organization," forward Cam Atkinson said.

Kekalainen brought Tortorella aboard seven games into the 2015-16 season after Todd Richards was fired. Tortorella, known for his difficult training camps, made the most of the rosters he was given in Columbus, winning the Jack Adams Award as the NHL’s best coach in 2016-17 and finishing as a finalist after the 2019-20 season.

After reaching the post-season just twice in the first 15 years of the franchise, the Blue Jackets under Tortorella strung together four consecutive playoff appearances. In 2019, they stunned the NHL's best team, the Tampa Bay Lightning, in a first-round playoff sweep.

Tortorella is from Boston and ranks first among U.S.-born coaches in career wins with a 673-541-169 record. He coached Tampa Bay to a Stanley Cup title in 2004, and he also coached the New York Rangers and Vancouver Canucks.