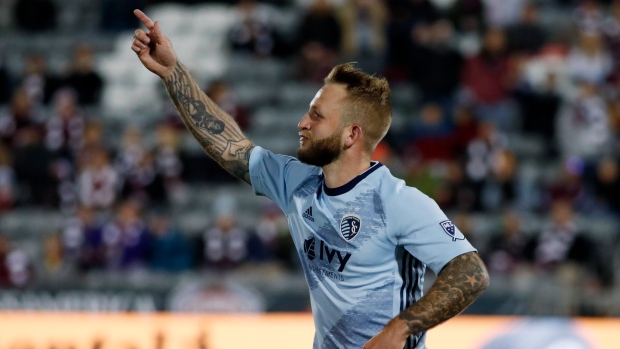 Kansas City (17-7-7) has 58 points, tied with Seattle atop the conference, and has won six of its last eight games.

The 31-year-old Russell, who has a career-high 14 goals this season, ran onto a cross by Gadi Kinda, burst past a defender and beat goalkeeper Jonathan Bond to open the scoring in the 40th minute and scored again in the 82nd — his 10th goal in the last eight games — to give Sporting a 2-0 lead.

Sporting Kansas City, which clinched a playoff berth with a 2-1 win at Seattle on Saturday, is assured of no worse than the No. 4 seed in the Western Conference.

The Galaxy (13-12-7), who had their four-game unbeaten run snapped, are hovering above the playoff line with 46 points, just one ahead of eighth-place Vancouver.