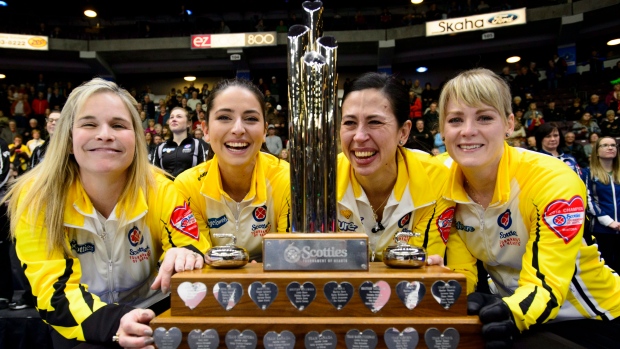 PENTICTON, B.C. — Manitoba's Jennifer Jones has won the Scotties Tournament of Hearts for the sixth time in her career.

Jones, the Olympic champion from the Sochi 2014 Games, won her first national title in 2005.

Jones earned her spot in the final by beating Einarson Saturday night in the 1-2 Page playoff.

Einarson made it into the Scotties by beating Chelsea Carey's Calgary rink in the play-in game on Day 1 of the tournament.