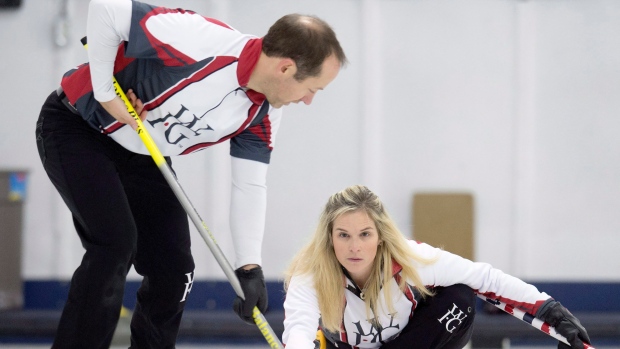 Professional curling in Canada has been sidelined for more than six months due to the COVID-19 pandemic, but finally made its return this weekend with the Cameron's Brewing Mixed Doubles Cashspiel in Waterloo, Ont., and The Curling Store Cashspiel in Lower Sackville, N.S.

The husband and wife due of Brent Laing and Jennifer Jones won all five of their games at the KW Granite Club, including a 7-1 victory over Maddy Warriner and Charlie Richard in the final.

The other notable team in the field was Lisa Weagle, who will play with Jones in traditional curling this season, and Ontario skip John Epping. Weagle and Epping went 3-0 in the preliminary round, but fell to Warriner and Richard in the semis, 8-7.

Out East in Nova Scotia, Christina Black of Halifax defeated Scotties Tournament of Heats regular Suzanne Birt of Charlottetown, PEI in the championship game, 5-4, at The Curling Store Cashspiel.

Great way to start the season with an undefeated weekend in the @LakeshoreCurlin @CurlingStore cashspiel! 🏆 Feels great to be back on the ice! @TimHortons @GoldlineCurling pic.twitter.com/DzdGOGmDQ4

Black has appeared in three Canadian championships as a third for curling legend Mary-Anne Arsenault, but is skipping her own rink this season.

Travis Colter of Halifax won on the men's side.