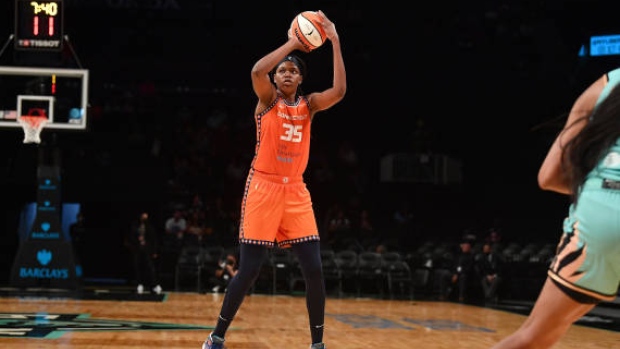 It was Jones' 10th double-double of the season for the Sun (14-6), who go into the Olympic break sitting in third place in the standings. Jasmine Thomas added 12 points and Briann January 10.

Connecticut played stellar defense, holding the Liberty to just 30% shooting from the field. Kylee Shook made a career-high four 3-pointers and scored 16 points to lead New York (10-11). She made six of her eight shots while the rest of the team was just 11 for 48 from the field.

The Sun led 22-12 after the first quarter and pulled away for good in the third quarter with 16 straight points.