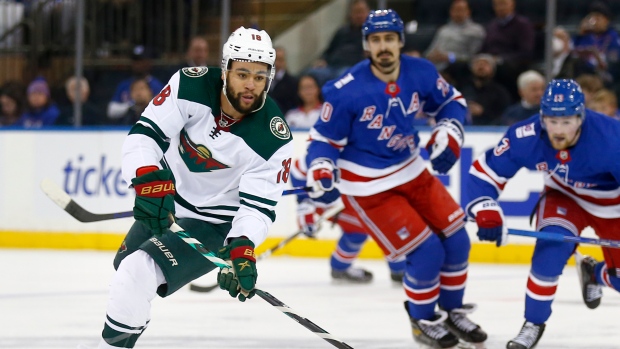 The Minnesota Wild and forward Jordan Greenway have agreed to a three-year, $9 million contract extension, it was announced Monday.

#mnwild today announced the club has agreed to terms with forward Jordan Greenway on a three-year, $9 million contract extension ($3 million aav) that goes through the 2024-25 season. pic.twitter.com/jbYmMsCoWS

The 24-year-old Greenway has four goals to go along with nine assists in 33 games this season, his fifth with the Wild.