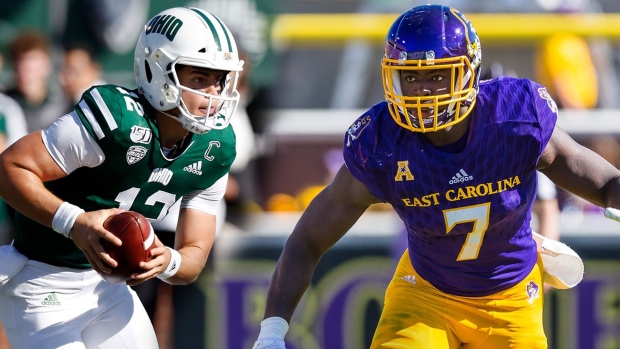 East Carolina linebacker Jordan Williams and Canadian QB Nathan Rourke have CFL teams intrigued ahead of the draft. Our CFL insiders and analysts take a closer look at each of the prospects and why both of them have a chance to go first overall. 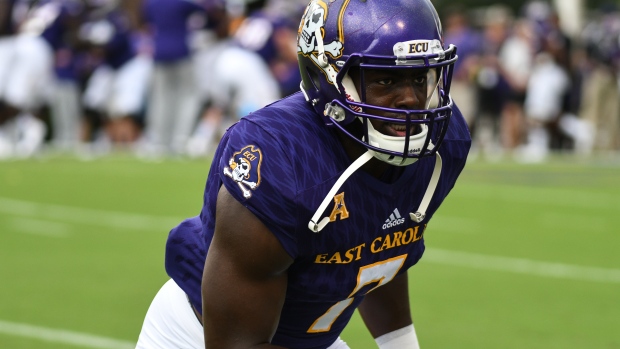 Duane Forde: Williams is a fascinating guy. He’s as explosive an athlete as you’re going to find at the linebacker position. He ran a 4.48 40-yard dash, weighing 220 lbs. at the Ontario regional combine. He finished in the Top 5 in all of the tests. So he’s in very exclusive company in that regard.

He’s a guy who, because of his background, people are going to compare to [former Calgary Stampeders linebacker] Alex Singleton, a guy who was being looked at as an American linebacker until they found out that he could get Canadian citizenship, and that’s what makes him eligible for this draft.

But really it’s that athleticism that seperates him from other linebackers in the class.

Davis Sanchez: Williams has the most impressive film I’ve seen at the linebacker position since I’ve been around this league. He can flat out fly.

And his confidence, you watch this guy, as soon as you see him talk, he’s a confident dude and he plays that way. He dissects the run game and he believes what he sees, which is paramount for a great linebacker. When he gets there, bad intentions are how he arrives. This guy could be a great player in this league. 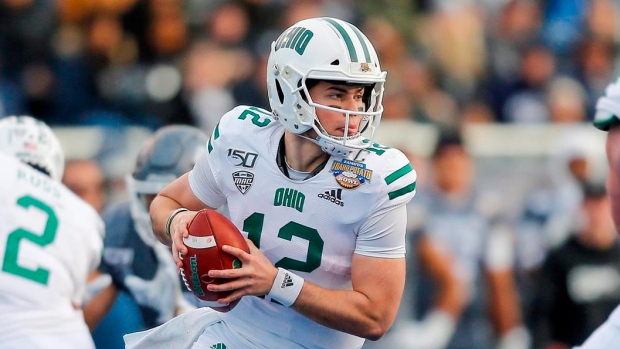 Dave Naylor: I think CFL teams are very interested in Rourke and have been for a while. They like his intangibles, he is a leader, he’s a tough guy, and he commands the huddle. He’s a guy who teams look at and say, ‘He’s a gamer.’ The University of Ohio has won a handful of bowl games in it’s 100+ year history, three of them were won with Rourke as the starting quarterback.

The question is going to be, how much development time does he need until he can play quarterback in the CFL and how do you get him there? Some teams may look at his athleticism and say, ‘he can join our roster and fulfil some other roles.’ Either on special teams or maybe out of the backfield while he’s developing as a quarterback and maybe be that emergency third quarterback since there are only going to be two on the roster starting this season.

Sanchez: If you can get this guy on your roster you get another quarterback in there and he can be a Wildcat guy and create problems for defensive coordinators around the league. I like Rourke, he’ll get picked earlier than most people think in this draft.