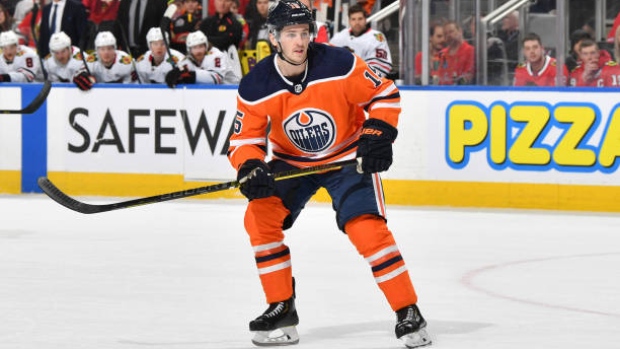 Edmonton Oilers head coach Dave Tippett said forward Josh Archibald has not "been able to get up to speed and isn’t feeling right," during training camp, so doctors are doing tests to determine what the issue is.

"Arch skated for a few days," Tippett told reporters on a Zoom call on Wednesday. "He's having some tests done. He just can't seem to get himself up to speed and he's not feeling like he should be.

"The last couple of days, he's had some testing done and we're waiting for the results of that. He's just not getting up to speed like he should be, so they just want to go see where he's at. He's set back a couple days here."

Tippett update on Archibald. Having some health issues and not getting up to speed. Going for more tests. pic.twitter.com/a884fvAepc

Oilers general manager Ken Holland said last week that Archibald did not receive the COVID-19 vaccine and could sit out up to 30 games this season in the U.S. because of the quarantine period required upon returning to Canada.

Tippett said Wednesday that Archibald is still being tested for COVID-19 every day and has not tested positive. He also said Archibald can’t get vaccinated while he’s dealing with these health issues and did not specify if the player planned on doing so.

Archibald, 28, had seven goals and 13 points in 52 games last season. He has 39 goals and 70 points in 235 games with the Oilers, Pittsburgh Penguins and Arizona Coyotes.