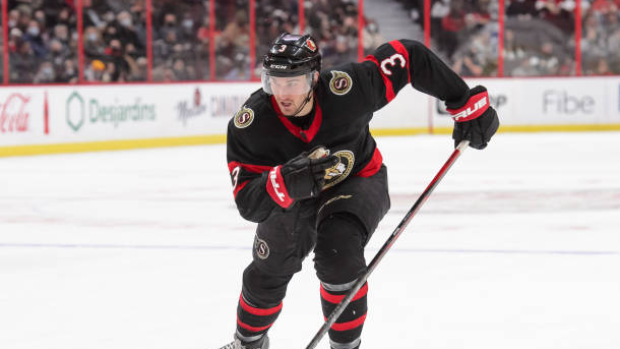 After sustaining an upper-body injury, Josh Brown had to leave the Ottawa Senators' game against the Colorado Avalanche Monday night.

After the game coach D.J. Smith said the team expected Brown to be out for some time.

D.J. Smith says he expects Josh Brown to be out for "some time here".

The 27-year-old, who was injured in the first period, was one of eight Senators players who were removed from COVID-19 protocol on Saturday morning. Brown has played 12 games so far this season, and recorded no points.

The Avalanche went on to win the game 7-5 on a late winner from Alex Newhook.