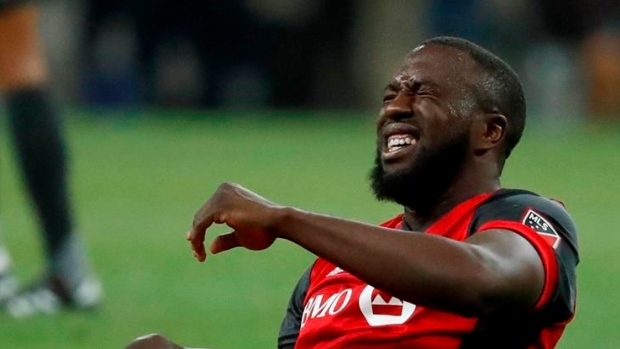 Toronto FC will be without striker Jozy Altidore and defender Omar Gonzalez will be on the bench as a substitute for their Eastern Conference Semifinal game against NYCFC tonight.

Toronto released its lineup before the playoff game, which kicks off at 7 p.m. ET/ 4 p.m. PT. (on TSN1 and TSN4). The duo had previously been labeled as game-time decisions by head coach Greg Vanney.

Both Gonzalez, who is dealing with a hamstring injury, and Altidore, out since injuring his quad the team's regular-season finale on Oct. 6, missed TFC’s opening round extra-time victory over DC United that saw them earn a 5-1 win.

Altidore finished second in team scoring during the MLS regular season, finding the net 11 times in 22 games. He also contributed seven assists to the attack.

Gonzalez, 2011 MLS defender of the year, has been a steadying force to Toronto FC’s back line and appeared in 14 games during the season after signing with the team in June.