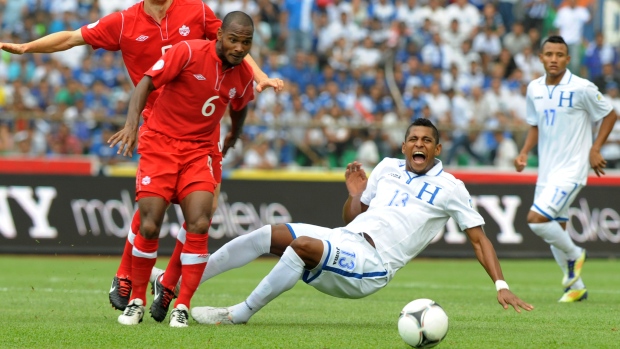 Only one man wore the Maple Leaf more often than Julian de Guzman in the history of Canada Soccer.

The 40-year-old Toronto native was capped 89 times between 2002 and 2016, trailing only current Canada captain Atiba Hutchinson for most all-time appearances. The midfielder's professional career spanned 17 seasons with stops in the Bundesliga with Hannover, La Liga with Deportivo and in Major League Soccer with Toronto FC.

With Canada, de Guzman saw highs and he saw lows. But nothing could prepare him for playing in Central America.

As Canada is set to embark on trips to both Honduras — a place where de Guzman endured an 8-1 loss in 2012 — and El Salvador during the upcoming CONCACAF World Cup qualifying window, de Guzman looks at what Canada can expect and what its young core must do to come out of those trips on course for their first World Cup berth since 1986.

Any time anyone says something about Honduras…or Panama…or El Salvador…or Costa Rica, my watch just starts telling me to breathe…take deep breaths — it definitely hits me hard

They're beautiful countries with beautiful people...but if you're the opposition... be prepared...

I’ve played inside the Bernabeu against Real Madrid and inside the Camp Nou against Barcelona and both are difficult environments.

But when you play in Central America, you've got to figure out how you're going to survive.

These are my experiences.

You land in El Salvador or Honduras or Costa Rica, and sometimes it’s not even an airport, it’s an open field; and there’s security and their guns, and everything suddenly changes into the most intense moment of your life.

And it’s more guns when you’re escorted to the hotel, and more guns on every floor. You see more guns before you see any soccer balls.

And you just want to eat and then you’re told, “Don’t eat that” or “Better not eat that” and that’s like half the meal. Then you want to sleep and someone decides to throw a block party.

One night in Panama, fans started partying outside our hotel. You hear singing, firecrackers, and bikes revving, and this is before a World Cup qualifier.

I started asking everyone: “Why is this happening? Who is getting rid of these people?”  Panama comes to Toronto and they stay in a fancy hotel. We travel there, and they give us earplugs, and they don’t work.

And that’s all before you get to the stadium.

When I was younger, I’d watch Canada on TV and I was glued to the games in Central America. I’d watch the atmosphere, and I could see the looks on the Canadians’ faces, and I’d think: “Man, what is actually going on down there?” And I’d talk to guys like Dwayne De Rosario and Paul Stalteri, and they would talk about the intensity of the fans and the players and the noise — it leaves butterflies in your stomach.

There’s no grassroots soccer that prepares you for it; when you play for Canada, you have to live it.

It’s like the fans and the players and the country are directing all this energy right at you. I once saw someone holding a statue of Mary with a sign in Spanish that read “This will be your last destination.”

It’s been almost 10 years, but losing 8-1 in Honduras in a World Cup qualifier is still one of the darkest moments of my career.

But this version of Canada is different. Jonathan David and Alphonso Davies are the children of immigrants who’ve already overcome so much. And Samuel Petite and Atiba Hutchinson have already experienced how tough it will be and can help the Stephen Eustaquios and Tajon Buchanans. And John Herdman won't let any of his players think they can't go down there and win.

... they all still have to live it, too. It's the last hurdle they've got to get over to qualify for the World Cup.

They’ve still got to fight.