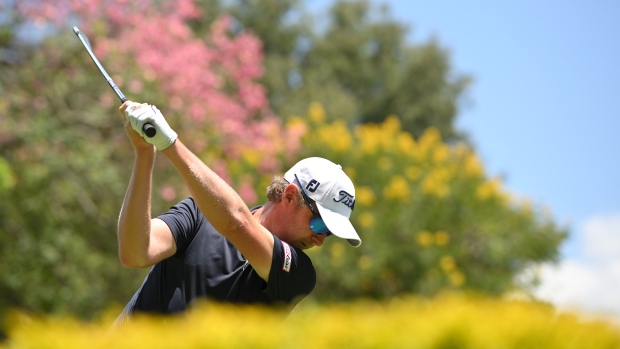 NAIROBI, Kenya — Justin Harding will take a two-shot lead into the final round of the European Tour's Kenya Open after a 7-under 64 on Saturday.

The South African moved to 16 under overall at Karen Country Club.

Johannes Veerman of the United States is one of three players sharing second place after he carded 9-under 62 for a course record. Veerman had nine birdies in the third round and didn't drop a shot. He is joined on 14 under by fellow American Kurt Kitayama (66) and Australian Scott Hend (68).

Aaron Cockerill of Stony Mountain, Man., shot a 69 and was 12 shots off the lead.

Along with six birdies, Harding eagled par-4 No. 10 when he holed out with a wedge. He had just one bogey.

Harding has one career win on the European Tour, at the 2019 Qatar Masters.