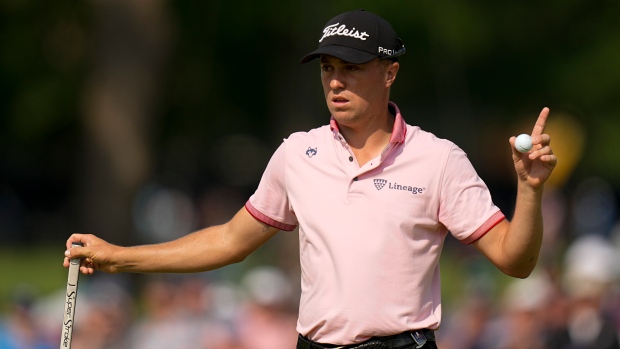 Fresh off collecting his second Wanamaker Trophy after besting Will Zalatoris in a playoff at the 104th PGA Championship from Southern Hills Country Club, Justin Thomas announced that he will be participating in the 2022 RBC Canadian Open.

BREAKING: Justin Thomas will be playing the @RBCCanadianOpen.

Stout field now has the winners of the first two men's majors of the year in JT and Scottie Scheffler, plus the winner of The Players (Cam Smith). Rory McIlroy returns to defend his title from 2019. pic.twitter.com/xLbtTKgA95

The 29-year-old Louisville, KY., native last played on Canadian soil during the 2019 RBC Canadian Open, where he tied for 20th at seven-under.

Ireland's Rory McIlroy won the tournament at 22-under and will return to defend his title.

"I'm looking forward to getting back to Toronto to celebrate the return of the RBC Canadian Open," Thomas said in a statement on Twitter. "I enjoyed myself in 2019 and was really impressed by the energy of Canadian golf fans getting behind their National Open Championship."

With Thomas' entry, the RBC Canadian Open now features a star-studded leaderboard that has him joining McIlroy, Scottie Scheffler and Cameron Smith.

The RBC Canadian Open runs from June 6-12 at St. George's Golf and Country Club in Toronto.