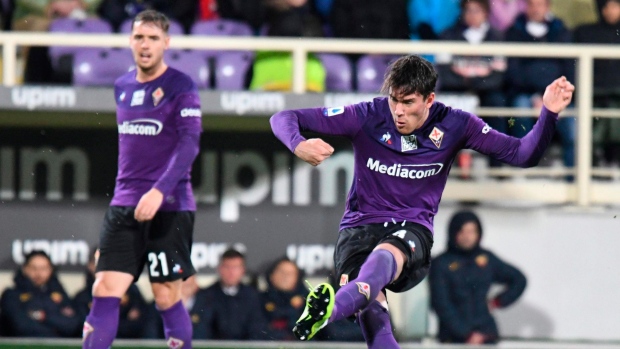 One of the Europe's best young scoring talents is staying in Italy.

The 21-year-old Serbia striker is set undergo a medical in a deal worth €75 million.

After scoring 21 goals for the Viola last season, Vlahovic has 17 goals in 21 Serie A games this season, tied for most in the league with Lazio's Ciro Immobile. In 98 league matches over four seasons, Vlahovic has 44 goals.

Making his pro debut in 2015 with Partizan, Vlahovic signed for Fiorentina in 2018.

Internationally, Vlahovic has been capped 14 times by Serbia and has seven goals.

Before signing for Juve, Vlahovic had been a target for Arsenal.