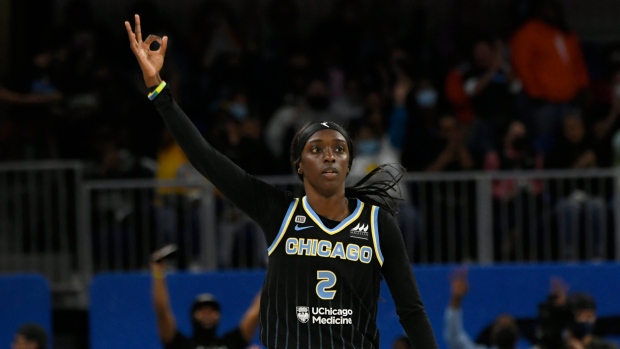 Forward Kahleah Copper was named WNBA Finals MVP on Sunday after helping lead the Chicago Sky to their first title.

Copper averaged 17.0 points and 5.5 rebounds per game as the Sky defeated the Phoenix Mercury 3-1 in the best-of-five championship series.

Copper appeared in 32 games during the regular season for the Sky and posted 14.4 points and 4.2 rebounds per game.