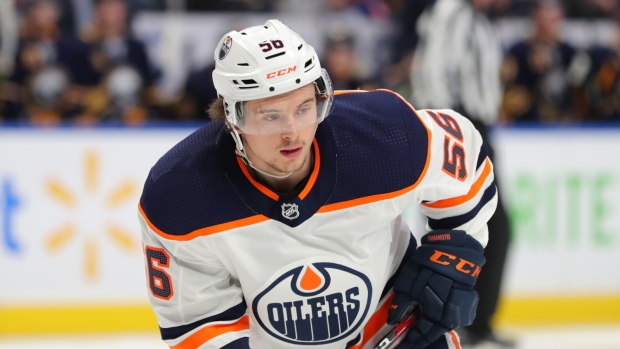 Edmonton Oilers forward Kailer Yamamoto is not in the lineup for Sunday's game against the Carolina Hurricanes.

The 23-year-old winger blocked a shot in the third period of Saturday's 4-3 victory over the Florida Panthers and did not take the ice in pre-game warmups for Edmonton's second consecutive matinee, though the team has yet to disclose Yamamoto's injury.

The Spokane, Wash., native has 10 goals and nine assists in 52 games this season, his fifth with the club after being selected No. 22 overall in 2017.

After their back-to-back on Sunday, the Oilers will be back in action Tuesday in Philadelphia against the Flyers.