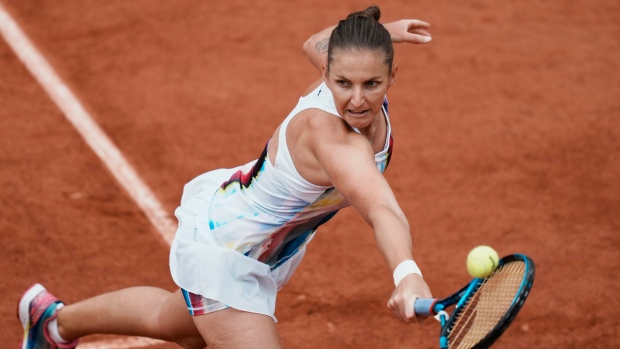 Two-time major finalist Karolina Pliskova has lost in the second round at Roland Garros to a French wild-card entry making her debut in any Grand Slam tournament.

The 227th-ranked Leolia Jeanjean’s 6-2, 6-2 victory over the eighth-seeded Pliskova means that six of the top 10 women in the seedings at the French Open already are gone before the second round is completed.

Pliskova joins No. 2 Barbora Krejcikova, No. 4 Maria Sakkari, No. 5 Anett Kontaveit, No. 6 Ons Jabeur and No. 10 Garbiñe Muguruza on the way out.

The remaining four women in the top 10 are scheduled to play Thursday: No. 1 Iga Swiatek, No. 3 Paola Badosa, No. 7 Aryna Sabalenka and No. 9 Danielle Collins.

Pliskova has been ranked No. 1 and was the runner-up at Wimbledon last year and the U.S. Open in 2016. She also has reached the semifinals at the other two major tournaments. That includes at the French Open in 2017.

Jeanjean is a 26-year-old from Montpellier. She trailed 2-1 at the start Thursday before winning nine consecutive games to take the opening set and grab a 4-0 lead in the second.

Pliskova made 28 unforced errors and was broken in half of her eight service games.