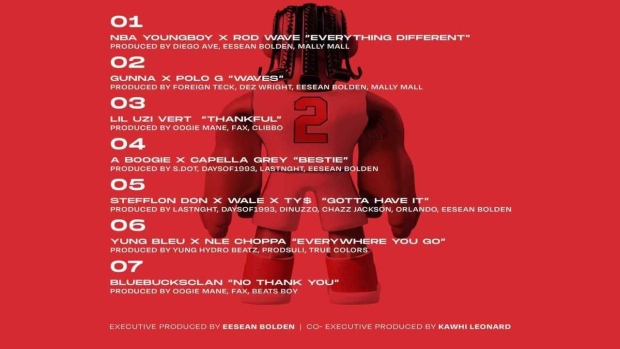 As Leonard is expected to miss a significant amount of time this NBA season recovering from a partial ACL tear and surgery, he has kept busy by serving as an executive producer on the project.

Culture Jam has been in the works for a while now and will be released in two separate volumes, the first half today and the second releasing at a later date.  The project’s official social media account describes the project as “the crossover between basketball & music, art & culture.”

Culture Jam - the crossover between basketball & music, art & culture. Redefining how culture speaks to the world.

In a press conference in May, Leonard explained that he wanted to blend the world of sports and music to create something that would uplift the community.  He also stated that a portion of the profits will go to the Mamba and Mambacita Sports Foundation, a nonprofit organization dedicated to creating positive impact for underserved athletes and boys & girls in sports in memory of the late Kobe and Gianna Bryant.

Along with the project, the first annual Culture Jam Sports and Music Festival will be taking place on November 21 at The Shrine Auditorium in L.A. and will be hosted by Wayno.  The event will feature performances by some of the artists on the project, as well as panels on both financial literacy and mental health.