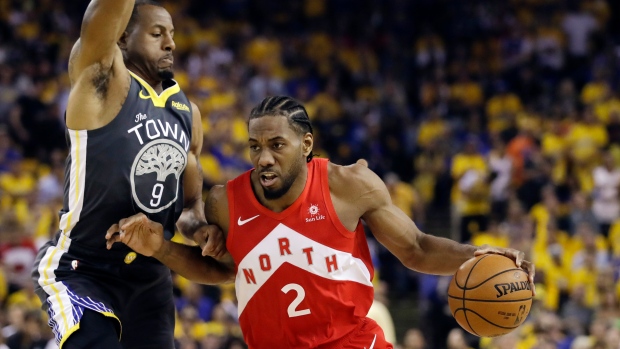 A week after he left the Toronto Raptors, Kawhi Leonard's new team is scheduled for a pre-season trip to Canada.

The NBA announced Tuesday that the Los Angeles Clippers will travel to Vancouver for an Oct. 17 exhibition game against the Dallas Mavericks as part of the league's annual "Canada Series."

Leonard led the Raptors to a championship in his only season in Toronto before leaving for his hometown Clippers in free agency.

Whether or not Leonard makes the trip back north of the border in October is far from a slam dunk. He missed 22 regular-season games in 2018-19 as part of Toronto's now famous "load management" strategy to ease him back into action after he played just nine games with San Antonio the previous season due to a quad injury.

After Toronto's gruelling championship playoff run, it wouldn't be surprising if the Clippers let him sit out the Vancouver game.

The game will be the fifth pre-season contest Vancouver has hosted.

Outside of Leonard, bot teams boast plenty of star power. The Clippers also acquired MVP finalist Paul George in a trade, and have a core that includes three-time sixth man of the year Lou Williams.

Both teams also have Canadian content, with veteran forward Dwight Powell of Toronto on the Mavericks' roster and rookie forward Mfiondu Kabengele of Burlington, Ont., with the Clippers.