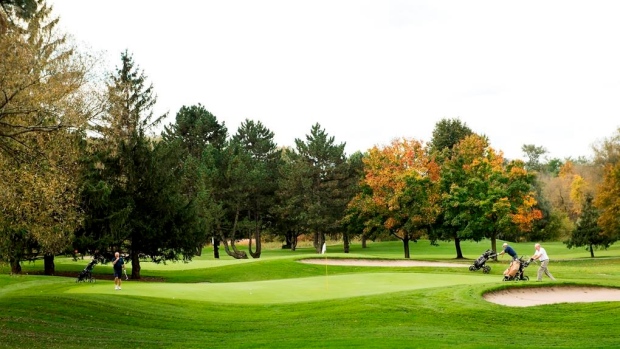 With only a few exceptions, golf is on hold in Canada.

Courses have either been closed under orders from various levels of government or made the decision on their own as a matter of precaution during the coronavirus pandemic.

But just because no one is taking divots or making ball marks doesn’t mean the layout can sit and wait for a return to action. Left untended, a golf course would look like a hayfield in just a matter of weeks.

That’s putting pressure on superintendents to maintain courses at a basic level of conditioning. With limited resources, budgets being tightened and government regulations, that’s no easy job.

“We have a saying in our business,” said Cory Janzen, superintendent at Westmount Golf & Country Club in Kitchener, Ont., “that this would be the greatest job in the world if it wasn’t for the golfers. I guess we’re about to find out if that’s true.”

As with most courses in Ontario, Westmount’s staff was preparing for another season. That was until the Ontario government ordered the closure of all non-essential businesses on March 23. Golf courses, not surprisingly, were included in that list.

It set off a flurry of phone calls between the National Golf Course Owners Association, a not-for-profit organization of course owners and operators, and Queen’s Park to determine just what non-essential meant when it came to golf operations.

There were initial fears that greens staff wouldn’t be allowed to work at their facilities, but the provincial government agreed that protecting the golf course would be allowed with strict limitations. In a letter to its members, the NGCOA outlined just what could be done.

“All work on the grounds that staff are doing must be justified as essential property maintenance to preserve, protect and prevent damage to the property and all precautionary measures must be in place during this critical time; including social distancing, hand washing, workspace cleaning, etc. It was noted that it is imperative to only have staff doing what is essential for the golf course property.”

While the ruling allowed course owners and operators to breathe a sigh of relief, it also left a large grey area as to what exactly was defined as essential. A golf course is a living, breathing creation in need of constant attention, and what one superintendent deems necessary might not be the same for another.

According to the United States Golf Association, if the greens, tees and fairways aren’t mowed, it would take only a few weeks before they would be lost in terms of golf play and only aggressive maintenance or even re-grassing would be needed to bring it up to a level of minimum playability. The association recommends greens be mowed a minimum of every three days and tees and fairways once a week.

In short, left alone a golf course could go quickly from a multi-million-dollar layout into a pasture suitable for grazing cows.

For Rob Ackermann, superintendent at Weston G&CC (full disclosure: I am a member at this course), maintaining the bare minimum care under normal circumstances isn’t a problem, but these are not normal circumstances. He’s operating with a scaled-down crew and only doing what’s necessary to protect the course.

That’s standard operation practices for now, but fears of an outbreak of disease or pests or extreme weather could test the resources of even the best superintendents.

Still, that’s not what’s worrying Ackermann at the moment.

“My biggest fear is that someone in the workplace contracts [COVID-19],” he said. “That would mean everyone on the crew would need to be quarantined. If everyone is gone, what would we do?”

The thought of having no one left to care for the course has led to a rotation of crews, a practice being employed at most courses.

Ackermann also said there are extreme precautions in place for those few who do come to work, such as what tools they use, what mowers they ride, what washrooms they use and where they eat. Everything is sanitized on a regular basis. There are disinfecting stations in place at the doorway of their maintenance building and social distancing is being strictly enforced.

At Marine Drive Golf Club in Vancouver, Jamie Robb has to deal with another problem being experienced at numerous facilities that are shuttered.

“Our biggest issue is property security,” he stated. “With the course closed, lots of people think it’s now a big park. We have people walking on the golf course every day that we have to ask to leave.”

Golf courses in B.C., are not under any order to close but the vast majority, including Marine Drive, have decided to out of precaution. Those that remain open are busy with players and also the extra duties required to keep the courses safe from the spread of the virus.

“We’re trying to create as much of a safe environment as we can,” said Chad Burns, the superintendent at Ledgeview G&CC in Abbotsford, B.C. “We’re wiping down the flagsticks, there are no ball washers on the course, we’ve taken all the rakes out and we’ve flipped the cups to your ball only goes down a half inch or so. Almost everything you can touch we’ve tried to eliminate.”

As one of the only golfing options around, Ledgeview has seen a steady stream of players. In the early days of the pandemic, golfers, especially younger ones, weren’t adhering to the social distancing practices. Now a course marshal patrols the fairways reminding people.

“If people abuse the rules, we will get shut down,” said Burns. “But it seems now they understand that. We’re educating them.”

Courses such as Ledgeview are giving some in Ontario reason to believe that they should be allowed to open, if only to provide some outdoor activity at time when there is almost none allowed. A group of course owners is reportedly going to lobby the provincial government to be allowed to open.

While everyone would prefer an end to the pandemic and a return to playing golf, there are some benefits to being shut ​down.

“With no golfers, we can water during the day,” said Ackermann. “It also doesn’t take us long to cut the fairways. We’re not running to stay ahead of the golfers in the morning.”

“We’re sort of like kids in the candy store,” he added, “but for all the wrong reasons.”