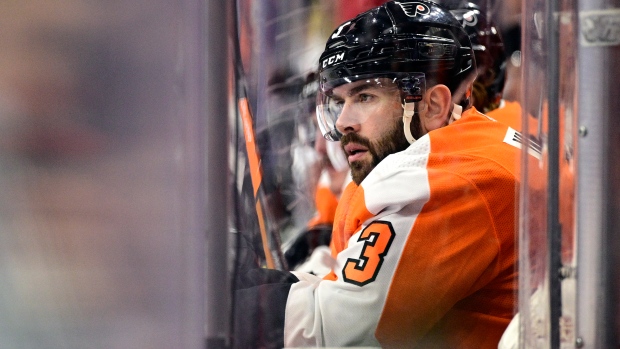 Keith Yandle's ironman streak came to an end at 989 games Saturday as the veteran defenceman was scratched against the Toronto Maple Leafs.

Yandle, 35, started his streak on March 26, 2009, with Phoenix. He passed retired center Doug Jarvis for the mark of 965 games on Jan. 25 against the Islanders. Yandle was a healthy scratch.

“We’re at the point in the season where as an organization it’s important we get some young players in,” Flyers head coach Mike Yeo said before the game, an eventual 6-3 win for Toronto. “We have to have an eye on the future and what’s coming down the road. We have to give some new guys an opportunity.”

Rookie defenseman Ronnie Attard made his NHL debut for Philadelphia.

Yandle has one goal and 15 assists in 67 games.

“It’s kind of been one of those things toward the end of the year when you’re signing young guys and getting free agents out of college, they’re going to give them a chance to play,” Yandle said before the game. “It’s tough to have a bad day in the NHL. But getting the news you’re not playing is not what you want to hear.”