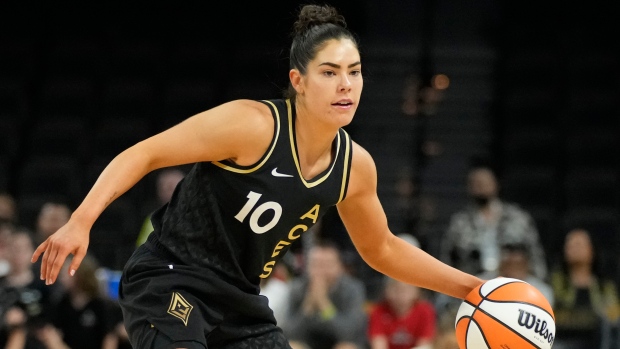 Chelsea Gray had 16 points and eight assists for Las Vegas (12-2), which also beat Dallas 84-78 on June 5 behind a career-high 32 points from Plum. Dearica Hamby had 16 points and 12 rebounds, and the Aces starters accounted for all 92 points.

Plum, who entered needing nine points to reach 1,500 in her career, scored 14 in the first half. Plum also made a 3-pointer in her 21st straight game.

Arike Ogunbowale led Dallas (6-8) with 28 points. Marina Mabrey, who missed the last two games due to health and safety protocols, added 18 points. Satou Sabally did not play due to a knee injury.

Ogunbowale made all three of her shots in the first quarter to help Dallas build a 23-14 lead after Las Vegas shot 36.8%. The Wings led 44-35 at the break, behind 17 points from Ogunbowale, for only their fourth halftime advantage of the season.