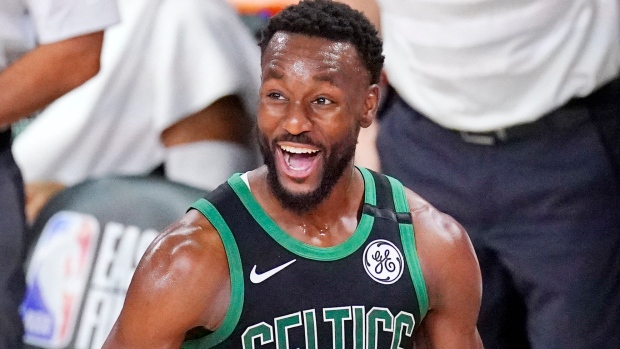 The Boston Celtics and Kemba Walker are going their separate ways.

The Celtics are trading Kemba Walker, the No. 16 overall pick in the 2021 draft and a 2025 second-round draft pick to Oklahoma City for Al Horford, Moses Brown and a 2023 second-round pick, sources tell ESPN.

According to ESPN's Adrian Wojnarowski, the Celtics are trading Walker, the No. 16 overall pick in the 2021 NBA Draft and a 2025 second-round pick to the Oklahoma City Thunder for Al Horford, Moses Brown and a 2023 second-round pick.

The move ends a two-year stint for Walker in Boston after coming over from the Charlotte Hornets in a sign-and-trade in July of 2019. Walker has dealt with knee issues off and on throughout the last few seasons and was limited to 43 games in 2020-21. The four-time All-Star averaged 19.3 points per game to go along with 4.9 assists.

Horford, 35, spent three seasons with the Celtics from 2016 to 2019, making the All-Star Team in 2018. He signed as a free agent with the Philadelphia 76ers in July of 2019 and was traded to the Thunder one summer later.