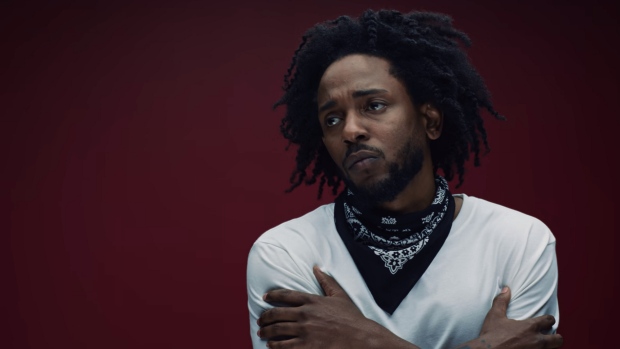 Kendrick Lamar in "The Heart Part 5"

Kendrick Lamar has made his long-awaited return with his first new single in five years, “The Heart Part 5.” It is the latest in Kendrick’s iconic “The Heart” series.

The video, which was directed by Lamar and his business partner, pgLang co-founder Dave Free, features the rapper taking on the appearance of a number of historical figures. Lamar’s face morphs into several deepfakes, including OJ Simpson, Will Smith, Jussie Smollett, Kanye West, Kobe Bryant and Nipsey Hussle.

The lyrics often correspond with the person he’s resembling, such as when he discusses bipolar disorder as West and murder as the late Hussle. The video opens with a quote attributed to Kendrick’s oklama alias, “I am. All of us.”

The song, which samples Marvin Gaye’s “I Want You,” was produced by Beach Noise. It’s the rapper’s first single prior to his highly-anticipated studio album, Mr. Morale & The Big Steppers, which releases on May 13. It will be Kendrick’s first album since 2017’s DAMN. and his final project with Top Dawg Entertainment.