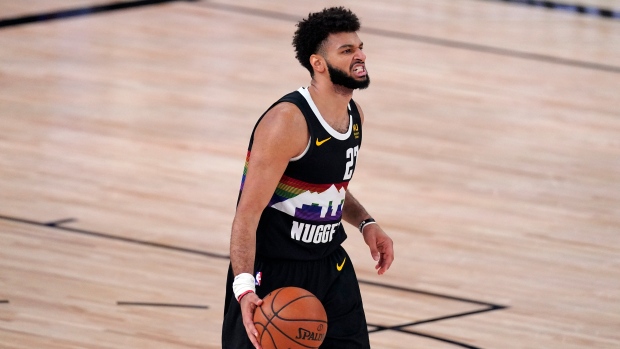 The Basketball Hall of Fame coach at the University of Kentucky had Murray on his Wildcats team for the 2015-16 season. Although they were only together for one campaign, Murray's character left an impression on Calipari.

"He came up different than all the kids, especially the American kids. He was not spoiled by the system at all," said Calipari in a phone interview on Wednesday. "He wasn't spoiled by (being on prospect lists) or, you know, you're rated here or rated there.

"That was something (where) he had something to prove every time we walked on the court."

Murray scored 20 points per game for the Wildcats, the most by any freshman in Kentucky's program history and the most for any player in Calipari's 11 years as head coach.

The 23-year old from Kitchener, Ont., has been dominant since moving on to the NBA, leading the Nuggets to this season's Western Conference final against the storied Los Angeles Lakers.

Murray said he agrees with Calipari that being overlooked because he's Canadian gave him something to prove.

"Coming from Canada, I'm always having people doubt me or doubt my ability or doubt what we can do on the court," said Murray. "So, as we go along, as we win these games and fight back and play a certain way, it's cool to see everybody react to that and maybe turn non-believers into believers."

Murray is averaging 27.1 points, 6.4 assists, and five rebounds per game this post-season. He had 40 points, five assists and four rebounds in Denver's 104-89 victory over Kawhi Leonard and the Los Angeles Clippers in Game 7 of their conference semifinal.

That made him the second youngest player in NBA post-season history to score at least 40 points in a Game 7, with LeBron James — who Murray faced in Game 1 of the West final on Friday night at Walt Disney World Resort near Orlando, Fla. — accomplishing the feat in 2008 when he was 65 days younger than Murray is now.

Calipari said Roger Murray, Jamal's father, deserves a lot of the credit for his son's success.

Murray has fond memories of playing in Kitchener and Orangeville, Ont., where coaches Tony McIntyre and Larry Blunt helped him develop his game.

"I was out there on the court every day not knowing that I'd be in the Western Conference final at 23 years old," said Murray. "So other young kids out there that have a dream in basketball or gym in a sport, I was a kid just like you guys.

"I put in the work, trusted the process, and demanded more of myself to put myself in positions to succeed."

This report by The Canadian Press was first published on Sept. 18, 2020.