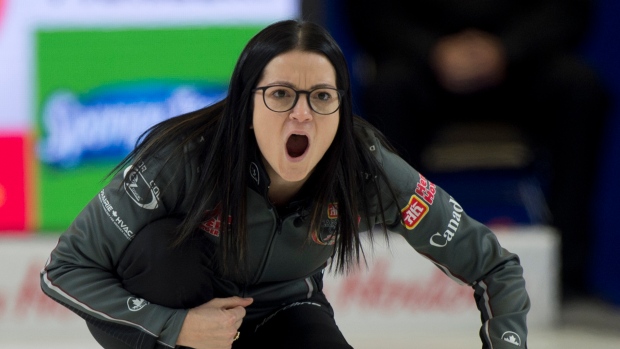 YORKTON, Sask. — Brad Jacobs of Sault Ste. Marie, Ont., is one of four skips looking to advance at the Canadian Open.

Jacobs downed Switzerland's Yannick Schwaller 7-3 on Thursday to lock up a spot in one-of-two A Finals at the fourth event and third major on the Grand Slam of Curling circuit.

He found out who his opponent would be in the evening draw, when American Korey Dropkin toppled Regina' Matt Dunstone 5-4 to set up a match with Jacobs.

Brad Gushue of St. John's, N.L., will face Calgary's Kevin Koe in the other A Final.

The Canadian Open has a unique structure with triple knockout for preliminary play.

Teams must win three games before losing three games in order to qualify for the weekend playoffs. Each loss drops teams to a lower bracket until they are eliminated.

Jacobs is seeking a third consecutive Grand Slam of Curling men's title after winning the Tour Challenge and the National.