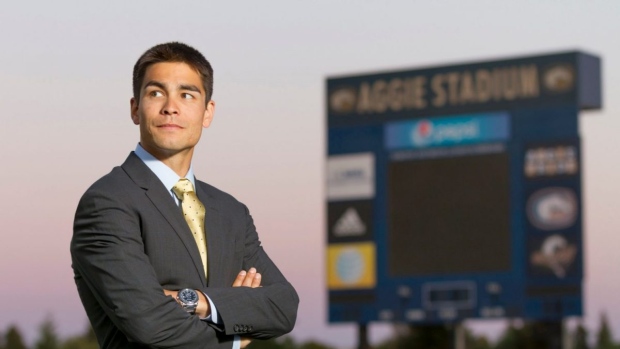 Kevin Blue has made remarkable journey in his golf career and the latest step is one about which he’s most excited.

On Thursday, Golf Canada announced Blue as the organization’s new Chief Sport Officer, a role that will see him take on a multitude of duties, ranging from the development of the country’s top amateurs to overseeing the Rules of Golf.

“It’s a role with a significant amount of responsibility and I’m anxious to contribute to Canadian golf, which has given me so many opportunities,” said Blue.

Born in Montreal and raised in Toronto, Blue started his golf career playing at the municipally owned Don Valley Golf Course. He worked in the back shop at the Donalda Club, became a sponsored junior at Bayview Country Club and played well enough to compete for Canada at the 2001 Toyota Junior Golf World Cup. He played in numerous provincial and national amateur competitions, losing a quarter-final match in the 2006 Canadian Amateur to Graham DeLaet.

Blue’s play was good enough to land him a scholarship to Stanford University where he earned his B.A. in Psychology, was a captain on the golf team, and was an NCAA Academic all-American.

He went on to attend Michigan State University where earned his Ph.D. in Sport Psychology and then completed an executive education program at Stanford University Graduate School of Business.

For the past five years, he’s served as the director of athletics at the University of California, Davis, an NCAA Division I school.

“I’m eager to get home and I’m eager to contribute,” said Blue. “Canadian golf has established itself on the world stage and produced world-class players and I want to continue to build on that.”

In addition to working with the national amateur teams in Canada, Blue will also oversee the growth of participation at every level. That will include the implementation of The First Tee – Canada, a program designed for Canadian youth, especially those in underrepresented groups, giving them access to affordable and meaningful character education programs through golf.

“We need to make sure we help foster growth and participation in the game at every level,” stated Blue, who will start his role in early January.

While attracting new players and overseeing the national team program may not appear to have any connection, Blue pointed out that the more golfers Canada has, the better chance of finding elite players such as Brooke Henderson and Corey Conners, who can serve as an inspiration for the next generation.

“Kevin brings a depth of executive leadership experience across business, education, coaching and high-performance sport, and we are thrilled to have him elevate our sport, golf services and player development activities,” said Laurence Applebaum, Golf Canada chief executive officer, in a release.

“I’m really prepared to take on this role,” said Blue. “It’s an exciting challenge and I know it comes with a significant amount of responsibility.”