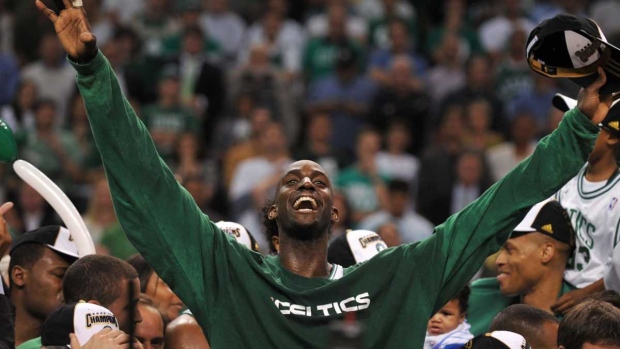 NBA Hall of Famer Kevin Garnett has partnered up with Showtime Sports to tell his story in a documentary titled Anything Is Possible later this week.

The 2008 champion chronicles his unconventional path to stardom, delving into everything from his move from Chicago, his decision to be the first player since the 1970s to enter the NBA straight from high school, and his precedent-setting contract negotiations with the Minnesota Timberwolves, among other chapters in his illustrious career.

"This felt like actually going back, speaking on those things, having the confidence to speak on those things to activate and inspire others," Garnett told CBS Sports. "That's how I looked at this project. I probably wouldn't have done this five to maybe seven years ago just because of where I was in life and me being comfortable with everything. I felt like this was perfect timing just where we are in the world with everything. I think the world could use a little bit of inspiration.”

“Anything is possible” may have been the famous words Garnett said when his Boston Celtics won the 2008 NBA championship, but the NBA icon says in partnership with Showtime, he plans to create "many" more films with the company going forward.

Garnett, a former league MVP and Defensive Player of the Year, was formally inducted into the Basketball Hall of Fame in 2020, and in October he made the NBA's 75th Anniversary Team.

Anything Is Possible premieres on Friday, November 12, on Showtime Sports.