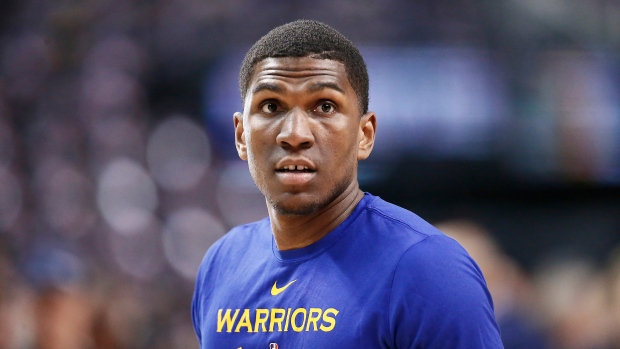 It appears Kevon Looney may not be done for the NBA Finals after all. In fact, he might even be back in Game 4.

According to the NBA's injury report, Looney is questionable Friday with a right first costal cartilage non-displaced fracture.

ESPN's Tim Bontemps reported on Thursday that Looney returning before the end of the Finals was a possibility.

Looney, who did not play in the Warriors' Game 3 loss, appeared to incur the injury when he landed hard in an attempt to contest a Kawhi Leonard drive early in Game 2.

In his fourth season out of UCLA, Looney has been averaging 20.3 minutes a night during the playoffs, averaging 7.2 points and 4.6 boards over the 18 games in which he appeared.

Game 4 between the Warriors and Raptors goes on Friday night in Oakland with Toronto holding a 2-1 advantage. Game 5 will go from Scotiabank Arena in Toronto on Monday.