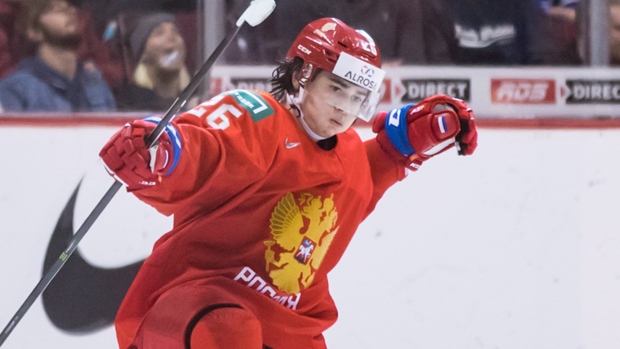 With the KHL season officially being cancelled Wednesday, players with expiring KHL contracts are free to sign with NHL teams as of May 1.

However, as TSN Hockey Insider Pierre LeBrun reports, the NHL has instructed teams that they can only sign players to deals that begin next season while this year's campaign remains suspended. Whether or not that changes if the NHL resumes play is unclear.

Agent Dan Milstein, who represents Montreal Canadiens prospect Alexander Romanov, among others, told LeBrun Wednesday that Romanov is currently weighing his options for the future.

"Over the next couple of weeks we will discuss different options," Milstein said. "I would expect he would make a decision based on this year's NHL season. It's possible, depending on what happens, that if Montreal wants him he could probably sign and come this year instead of waiting for next season. Because he would be free to sign after May 1."

Milstein added, however, that re-signing with CSKA Moscow remains a possibility as well.

Was just reminded of the NHL memo that went out saying any new signing of contracts have to be for 2020-21 at the earliest. Can't sign any player for this season. Whether that changes over the next few months depending on whether there's a season or not, we'll see. https://t.co/a0L58Sxk5M

Romanov, a second-round draft pick of the Canadiens in 2018, posted seven assists in 43 games with CSKA Moscow this season. The 20-year-old was without a point in the team's four-game first-round playoff series.