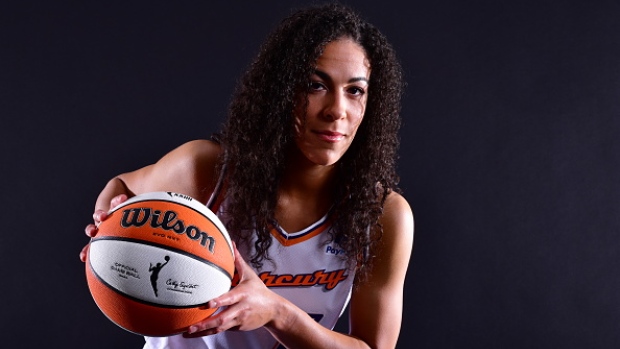 Hamilton, Ont.’s Kia Nurse will be sporting some new threads on Friday as her Phoenix Mercury squad takes on the Minnesota Lynx and fellow Canadians Natalie Achonwa (Toronto) and Bridget Carleton (Chatham, Ont.) on the opening night of the WNBA season.

Nurse joined the Mercury in the off-season after being traded there from the New York Liberty along with Megan Walker in a three-team deal on Feb. 10 that also involved the Seattle Storm.

Nurse, who was selected in the first round (10th overall) by the Liberty in 2018 out of the University of Connecticut, spent three seasons with New York, where the guard averaged 11.6 points, 2.6 rebounds and 2.0 assists per game over 89 contests. Her tenure in the Big Apple also included her WNBA All-Star nomination in 2019.

After having never experienced the postseason in her brief WNBA career, Nurse may very well get her first opportunity to make a run at the league championship in Phoenix. The Mercury have made the postseason the past eight seasons, which includes the team’s most recent league title in 2014. Phoenix also won the championship in the 2007 and 2009 seasons.

Nurse will get to play alongside Diana Taurasi, one of the WNBA’s all-time greatest players, in Phoenix. The future Basketball Hall of Famer has been a member of the Mercury since the club drafted her first overall in the 2004 draft.

On the Lynx side, Achonwa will be making her debut for Minnesota after signing there as a free agent last off-season. The forward spent the first six seasons of her career with the Indiana Fever after the team selected her in the first round (ninth overall) of the 2014 draft. She has averaged 7.7 points and 4.4 assists over her career.

Carleton was drafted in the second round (21st overall) by the Connecticut Sun in 2019. The forward was released by the team during her rookie campaign, but ultimately wound up signing with the Lynx that same season. Carleton has averaged 4.9 points and 2.7 rebounds over her career.