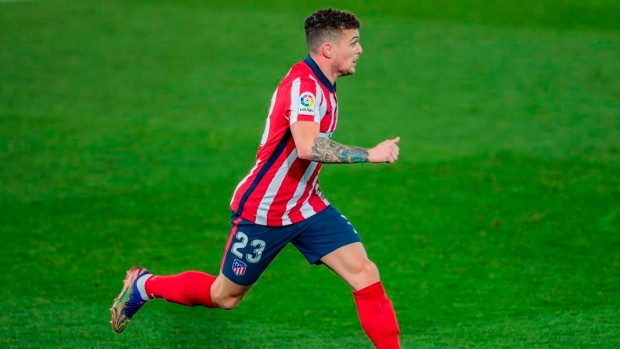 Kieran Trippier's return to the Atletico Madrid lineup is at hand.

The England right-back is eligible to return from his 10-week suspension for breaching FIFA gambling rules in time for El Derbi against Real Madrid at Estadio Metropolitano on Sunday.

The 30-year-old Bury native last featured for the La Liga leaders in a 6-1 victory over Granada in late September. In his second year with Diego Simeone's side since a £20 million move from Tottenham Hotspur, Trippier made 13 appearances prior to the ban.

Trippier was adjudged to have supplied inside information to bettors that resulted in irregular betting patterns prior to his move to Atleti. He had denied all charges.

Atleti heads into the match with a five-point cushion atop the table over both Barcelona and Real, having played one fewer match than both rivals.

Real emerged victorious in their first league match this season, claiming a 2-0 win at the Bernabeu in December.

Atletico's last league win over Real occurred just over five years ago in a 1-0 victory in Feb. 2016 on a goal by Antoine Griezmann.