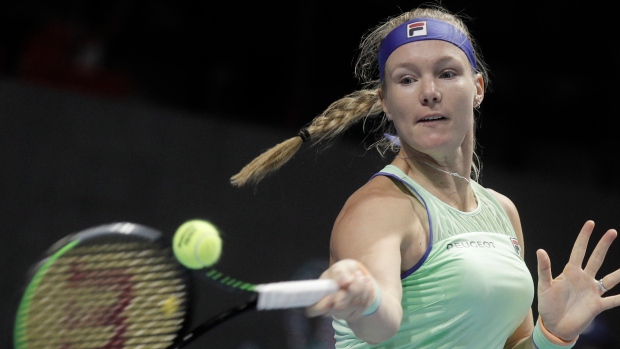 It's the first title of 2020 for the Dutch player, who's eighth in the world rankings. She hit six aces on the way to victory and held serve throughout.

Second-seeded Bertens needed just 1 hour, 14 minutes to beat Rybakina in the final after fighting off a second-set comeback from Rybakina by saving four break points in the opening game.

Bertens ended a 0-3 streak in tour finals to claim her first tournament win since she beat Simona Halep in Madrid in May. Bertens last successfully defended a title in Nuremburg in 2017.

Eighth-seeded Rybakina, from Kazakhstan, was playing her third final of 2020 after a strong start to the season.