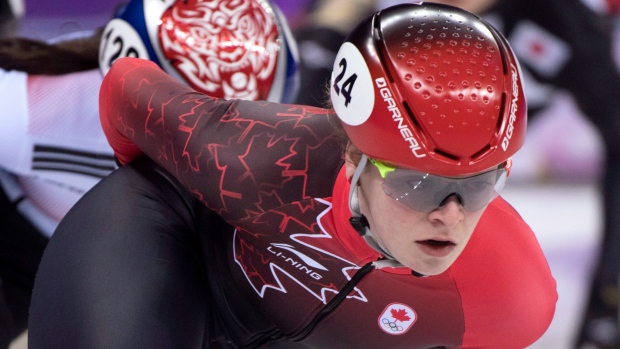 MONTREAL — Speedskater Kim Boutin has pulled out of this weekend's ISU Four Continents Short Track Championships as a precautionary measure due to a knee injury.

Danae Blais was added to the Canadian team as a replacement for Boutin, Speed Skating Canada said Wednesday in a release.

Boutin, who won three medals at the 2018 Pyeongchang Olympics, said she has experienced discomfort in the left knee over the last week due to tendinitis.

The 25-year-old native of Sherbrooke, Que., rested for several days before the decision to withdraw was made Monday.

She hopes to resume regular training in the next few weeks.

Blais, from Chateauguay, Que., is in her second season on the World Cup circuit.