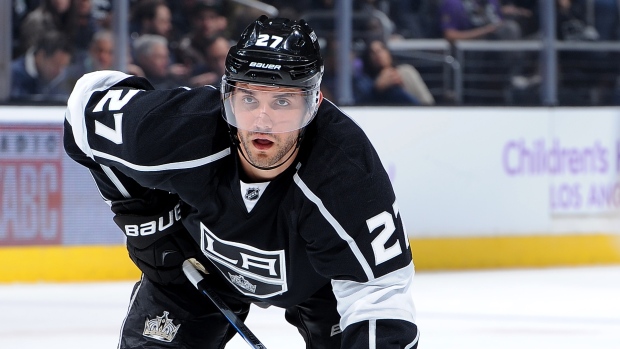 EL SEGUNDO, Calif. - The Los Angeles Kings have activated defenceman Alec Martinez from injured reserve after an 18-game absence with an apparent concussion.

Martinez hasn't played since Feb. 7, when he was hurt in a game at Tampa Bay on a hard check from Cedric Paquette.

Martinez has five goals and 12 assists in 45 games this season for the Kings, who will welcome the return of their post-season hero. Martinez scored the series-winning overtime goals in last season's Western Conference finals at Chicago and the Stanley Cup finals against the New York Rangers.

The Kings (34-22-14) are one point behind Calgary for third place in the Pacific Division, and they trail Winnipeg in the wild-card race. The Kings host Vancouver on Saturday.