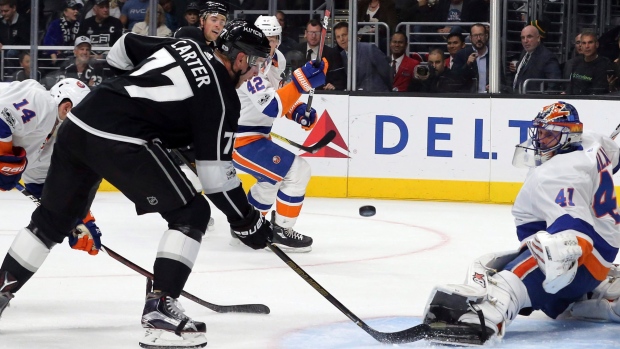 Los Angeles Kings veteran forward Jeff Carter is expected to be out until February after having surgery to repair a cut on his left leg back in mid-October, according to TSN Hockey analyst Aaron Ward.

Carter was originally listed as out indefinitely.

The 32-year-old was hurt in a game on Oct. 18 when the skate of Montreal Canadiens defenceman Jeff Petry accidently connected with Carter's lower leg during a hit.

Carter had three assists over six games before the injury. This is his seventh year with the Kings.

Ward also notes fellow Kings forward Marian Gaborik will likely return in mid-December after sitting out the season so far with a knee injury. Gaborik participated in practice Sunday for the first time in about six weeks.

Los Angeles sits first in the Pacific Division with an 11-5-2 record.