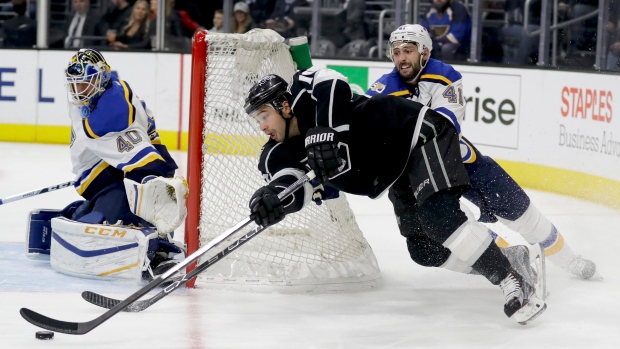 Devin Setoguchi's return to the NHL hit a snag on Sunday when he was placed on waivers by the Los Angeles Kings.

Setoguchi, 30, was out of the NHL for nearly two years when he made the Kings roster in October.

In 45 games this season, he owns four goals and 12 points with a minus-five rating. His last goal came against the Nashville Predators on Dec. 22.

He served as a healthy scratch in each of the Kings' past two games prior to being waived.

In 516 career games, Setoguchi has scored 131 goals and 261 points. Prior to joining the Kings, his last NHL experience came in 12 games with the Calgary Flames during the 2014-15 season.

The Kings (28-23-4) currently own the top wild-card spot in the Western Conference with 60 points through 55 games.