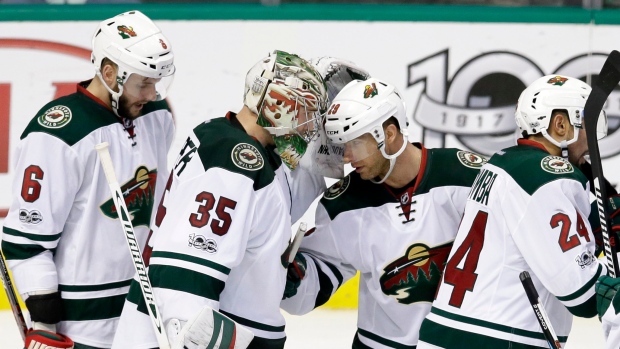 LOS ANGELES — Goalie Darcy Kuemper has agreed to a one-year, $650,000 deal with the Los Angeles Kings.

The Kings announced the deal Saturday.

Kuemper had spent his entire career with the Minnesota Wild, who drafted him in the sixth round in 2009. He never managed to win the full-time starting job in Minnesota, and he has been a backup since Minnesota acquired Devan Dubnyk in January 2015.

Kuemper is likely to compete with Jack Campbell and Jeff Zatkoff for the Kings' backup job behind Jonathan Quick. Los Angeles traded Peter Budaj to Tampa Bay last season for Ben Bishop, who signed with the Dallas Stars before free agency began.