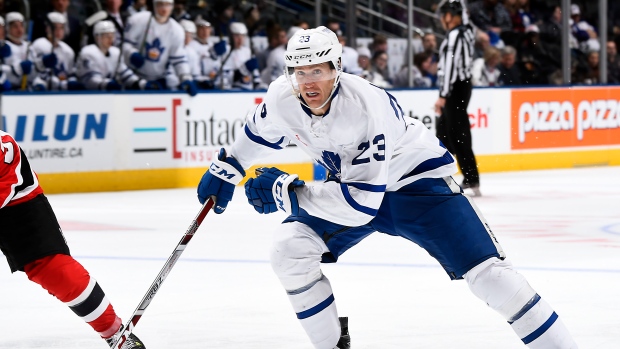 TSN Hockey Insider Bob McKenzie says the Laich deal was in place before forward Jeff Carter went down with an injury Wednesday night against the Montreal Canadiens. Carter is out indefinitely after undergoing surgery to repair a laceration on his left leg suffered when he was hit into the board by Habs defenceman Jeff Petry.

Laich signed a professional tryout with the Kings prior to camp and appeared in one game during the preseason, scoring the game-winner in overtime. He was released from his PTO after camp, but continued to practice with the team to start the regular season.

Laich was slated to start off in the minors, but could be with the big club sooner than later because of the injury to Carter.

Was going to spend some time in minors before getting NHL roster spot but Carter injury means he’ll be in NHL more quickly.

The 34-year-old last played in the NHL during the 2015-16 season, appearing in 81 combined games with the Washington Capitals and Toronto Maple Leafs. Laich, a sixth-round pick in 2001, scored one goal and added eight assists over 27 games with the American Hockey League's Toronto Marlies last season.

L.A. also locked up defenceman Derek Forbort to a two-year contract extension worth an average annual value of $2.525 million.